Ten years ago, the world as we know it changed. The shift is what it became known as. Overnight, paranormal beings came out of the proverbial closet. Something in reality had shifted. Those who had no idea they were paranormal were awakened to a new reality. Ten years in and Harlowe Lake Kelly, Harley to her friends, is back in her small Oklahoma town, widowed and striking out in a new career, namely, a successful magic agency. Her uncanny abilities at using potions, spells, and other means at solving supernatural crimes, thrust her into a partnership with local law enforcement. Things would be great if it wasn’t for the three sexy, but deadly, men who stand at all corners of her new life. Lucien, the ancient, alluring Vampire who has made it clear he wants more than Harley’s luscious curves. Cowboy, who wants to possess her in every way imaginable, and Aiden. The newcomer who has strict orders from his Vampire boss… but she senses has his own agenda. But in a world where things and beings are never what they seem, life isn’t promised and love comes with many strings. So what’s a girl to do to untangle those strings? 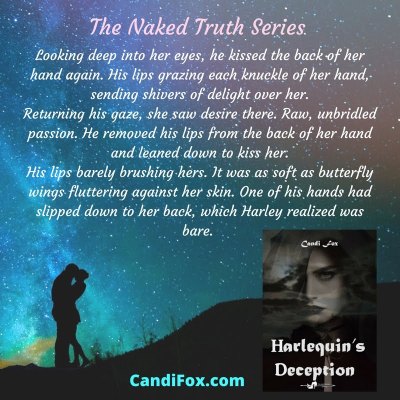 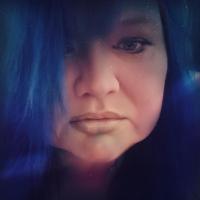 Candi Fox, co-host of the wildly popular radio show Candi and Company with over 900 thousand listeners began her venture in the paranormal at the tender age of two, when she witnessed her first apparition. From that moment on the paranormal seemed to follow her. No matter where she moved, the house she lived in the house next door, or the house down the street always seemed to be haunted.

She often wondered if she drew the spirits to her. Little did she know that she was indeed a magnet of sorts. It wasn’t until she was in her late twenties that she found people who could not only explain her gifts, but would also help her hone them. Armed with this new knowledge she began to openly explore hauntings and other paranormal phenomena.

Growing up in Indiana lent her the opportunity to explore many famous haunted places including the Hannah House, which was once part of the Underground Railroad. A little over two years ago she moved to Tulsa, OK and has began to explore the haunted landscape in a new state.

Candi lives with her husband, and furry children in Tulsa. She is passionate about the occult, saving and rehabilitating horses, horseback riding, magic, all things mystical and has her Reiki Mastery.

She uses her own paranormal experiences as well as her own life traumas to write from a grounded and realistic perspective about subjects that are hard to talk about and even harder to feel for yourself.

One thought on “to untangle those strings #Paranormal #Romance @CandiFox @ReviewByCrystal”